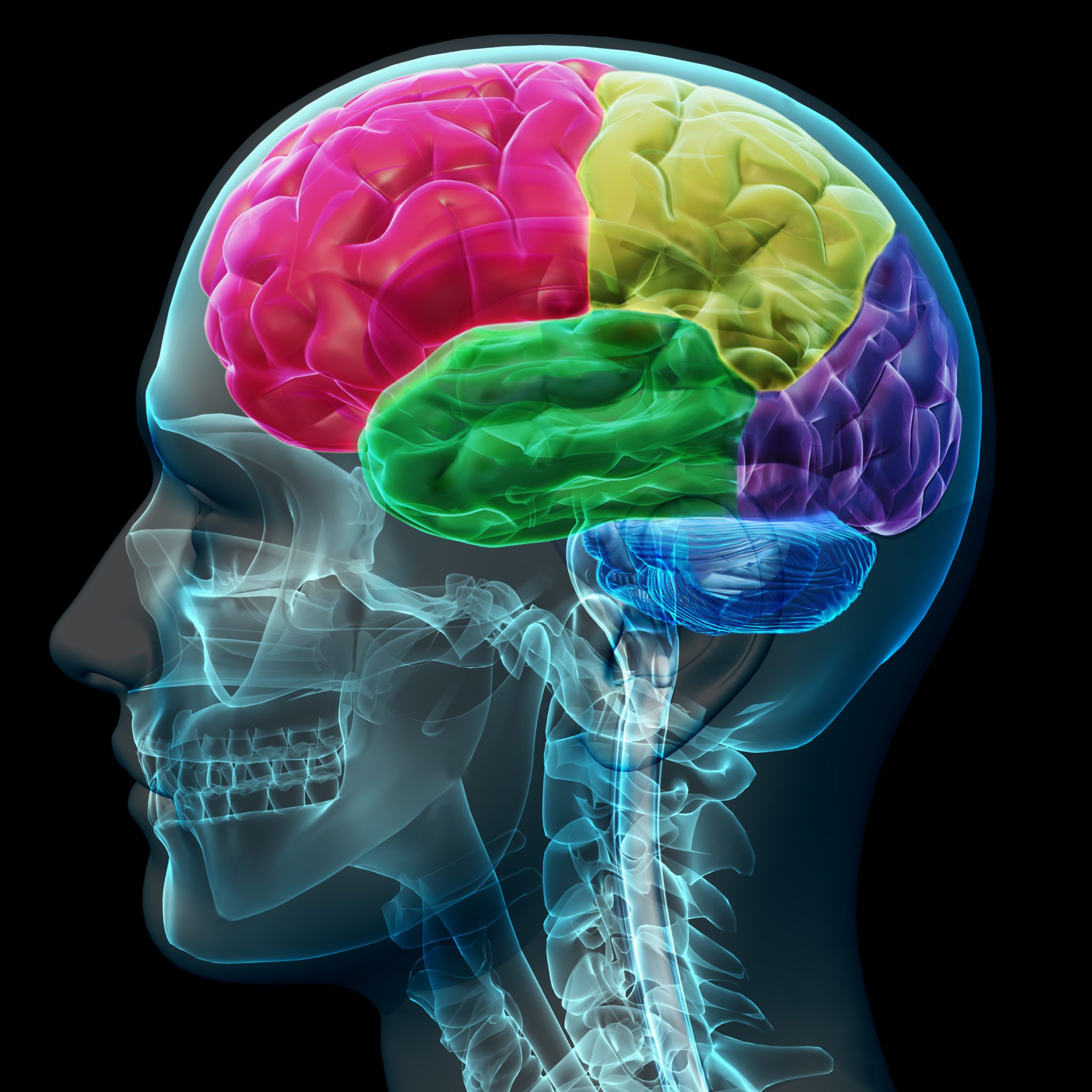 The Effects of CBD on the Brain: What You Need to Know

Home » anxiety » The Effects of CBD on the Brain: What You Need to Know

CBD is a variety of cannabinoid that is found in the cannabis family. Unlike THC, it does not have psychoactive properties and has been utilized worldwide for a surfeit of issues for more than a millennia. CBD oil is one of the newest products to gain popularity within the field of healthcare because it offers many benefits without any side effects or addictive qualities.

The question that many people ask when they learn about CBD is what effect does it have on your brain? Let’s outline some of the ways that this phytocannabinoid works.

Receptor Systems in the Brain

The brain consists of a large number of specialized cells called neurons. A neuron connects to others through structures known as synapses which release chemical messengers known as neurotransmitters.

The brain’s ability to process information relies on the precise functioning of neurotransmitter systems, and researchers have discovered many receptors in different regions of the brain. A neuron can respond to a neurotransmitter in two different ways. They either contain receptors that fit the transmitter, or they do not.

It is known that the brain contains a system of neurotransmitters called endocannabinoids, which are part of regulating our ability to maintain balance and homeostasis.

What Exactly Is CBD?

The CBD molecule is extracted from the hemp plant, which has less than 0.3% THC (which causes that “high” feeling). In fact, according to the Farm Bill of 2018, CBD must have less than this amount to be considered legal.

It is believed that the endocannabinoid system (ECS) helps regulate appetite and pain throughout the body and memory in some cases. It’s the system that regulates homeostasis, which keeps our bodies functioning at the status quo.

What does this have to do with CBD? Well, because it contains cannabinoids of its own (phytocannabinoids), which bind to receptors found all over your body. The endocannabinoid system is a network of receptors located throughout the body that help regulate things like appetite, pain, and memory.

The two chief cannabinoid receptors in the body are CB1 and CB2, though scientists have found more. The majority of CB1s are located within our central nervous system (CNS). They help regulate mood and pain coordination and other crucial functions such as memory loss or even seizures. Meanwhile, most of your natural immunity is regulated by the AB3 receptor, which also reduces inflammation and decreases pain.

CBD’s Effects on the Brain

CBD has gained notoriety because of its ability to target the serotonin receptors, which can help with disorders involving pain, depression, anxiety, and nausea. CBD also reacts with other neurotransmitters in your brain, such as dopamine–when it does so, this helps regulate behavior and cognition.

Experts are still not sure how CBD interacts with the endocannabinoid system. However, they can tell that it doesn’t bind to CB1 or CB2 receptors in the way THC does and arrives at this conclusion by examining its molecular makeup as well as observing biological reactions caused by a substance that is similar but different from cannabis extract.

Some experts believe it works because it prevents an enzyme called FAAH (fatty acid amide hydrolase) from breaking down natural cannabinoids such as 2-AG and anandamide. These compounds remain active for more extended periods. Others speculate that CBD binds to a receptor not yet discovered, which may provide another explanation of why some feel relief when using cannabidiol.

Chronic inflammation has been associated with a broad variety of health difficulties, including heart disease, diabetes, and cancer. It can also accelerate brain degeneration in patients with Alzheimer’s or other forms of dementia, as well as neurodegenerative disorders such as Parkinson’s disease.

The good news is that CBD may help reduce this effect by slowing the deterioration of certain parts of the brain affected by Alzheimer’s or other forms of dementia, as well as neurodegenerative disorders such as Parkinson’s disease.

A 2017 study published in Aging & Mechanisms of Disease found that CBD could slow the progression from mild cognitive impairment to full-blown Alzheimer’s disease. Another 2018 review published in Frontiers in Pharmacology suggested that “CBD may be an effective treatment for both early and late stages” of Alzheimer’s due to its ability to block amyloid plaque buildup while helping preserve neurons and synapses.

The use of CBD oil is on the rise due to its potential to calm and soothe, and may help support mental health conditions such as anxiety, depression, and insomnia. However, many people are still not aware that CBD can also be used as a mood enhancer.

We have previously examined some of the means by which CBD affects your body; however, there are other ways to impact your mental health, too. It helps with stress relief by triggering serotonin receptors that produce more cortisol–a hormone responsible for emotions such as happiness or sadness.

This interaction could help you cope with emotional situations. Furthermore, recent studies have demonstrated that CBD can be an adjunct treatment option for psychiatric disorders like schizophrenia and bipolar disorder.

CBD for Focus and Concentration

Most of us have trouble focusing for one reason or another. We find ourselves distracted by minor things, and often, we find ourselves working overtime to get back on track.

Part of the problem is that our lives are becoming more and more hectic. It seems like there is always something to distract you from your work or schoolwork, whether that be social media, your work IM system, or distractions from other things going on in your life.

CBD products can help with this problem because it allows for an increase in serotonin levels within the brain, which causes less anxiety while also increasing focus and concentration. This means that CBD may calm those nerves and provide clarity of thought when trying to concentrate on one task at hand.

Anxiety disorders are the most common mental illness in the United States. Nearly 40 million adults, or 18% of Americans aged 18 and older, suffer from anxiety. These disorders can make it challenging to carry out daily tasks and may even affect your ability to go about your everyday life.

CBD has been shown in studies to have anti-anxiety effects and introduce an overall feeling of calmness. In fact, it’s been found that CBD decreases activity in the limbic system (the part of our brain responsible for controlling emotions). And it also may help to reduce stress and depression, two other common causes of anxiety.

THC is the essential psychoactive compound in cannabis, and while some may enjoy the brief high, some experience anxiety, which can lead to an overall unpleasant experience.

CBD may help reduce the anxiety caused by THC. In fact, a study published in Neuropsychopharmacology found that cannabidiol (CBD) reduces the anxiogenic effects of THC on rats.

The reason for this is not entirely apparent, but it could be because of how CBD affects the CB1 receptor site that THC binds to. This means that when you take a higher THC dose and combine it with a lower dose of CBD, you get more relief than taking just high doses of either compound alone.

How to Choose the Right CBD Products for You

When it comes to trying CBD for the first time, talking to your healthcare provider is always a good idea. When you take any medication, there are often cross-drug interactions that can happen. Checking with your provider and/or a pharmacist can help minimize these risks to keep our bodies safe.

The amount of CBD varies in different products, so it’s important to understand its concentration. For example, some brands only list milligrams (mg) on their bottles or capsules, while others specify how much percentage they have based on 100% total CBD intake. If you’re new to this product and want a low dose for your first try, then work your way up if needed!

CBD products are extracted by supercritical CO2 extraction methods and use various ways to aid their extraction. This technique utilizes carbon dioxide that’s been pressurized into a concurrent liquefied and vaporous form, acting to isolate cannabinoids and terpenes from plant material rapidly. Not only does this impact your health directly concerning CBD’s reported medical benefits, but you also get what you pay for when purchasing products that could potentially be harmful or ineffective if they’re not made from quality ingredients.

CBD is a relatively new product that has gained popularity for its medicinal uses and as an up-and-coming therapy. Lab testing by reputable companies gives assurance to users of safety and quality. Take the time to verify the company’s process is ISO-certified, independent, and third party. Lab-tested CBD eliminates toxins from getting into saleable products and ensures you’re buying a product that has been verified as USDA-certified organic, non-GMO, and pesticide-free.

And finally, use a CBD product that works for you. With so many types out there, including tinctures, CBD edibles, topicals, and more. Additionally, you will want to decide if you prefer a full-spectrum CBD that has less than 0.03% THC in it or a broad-spectrum that has 0% THC.

Previous Post: « Can CBD Help with PTSD Symptoms?
Next Post: CBD May Help Reduce Symptoms from Allergies and Inflammation »