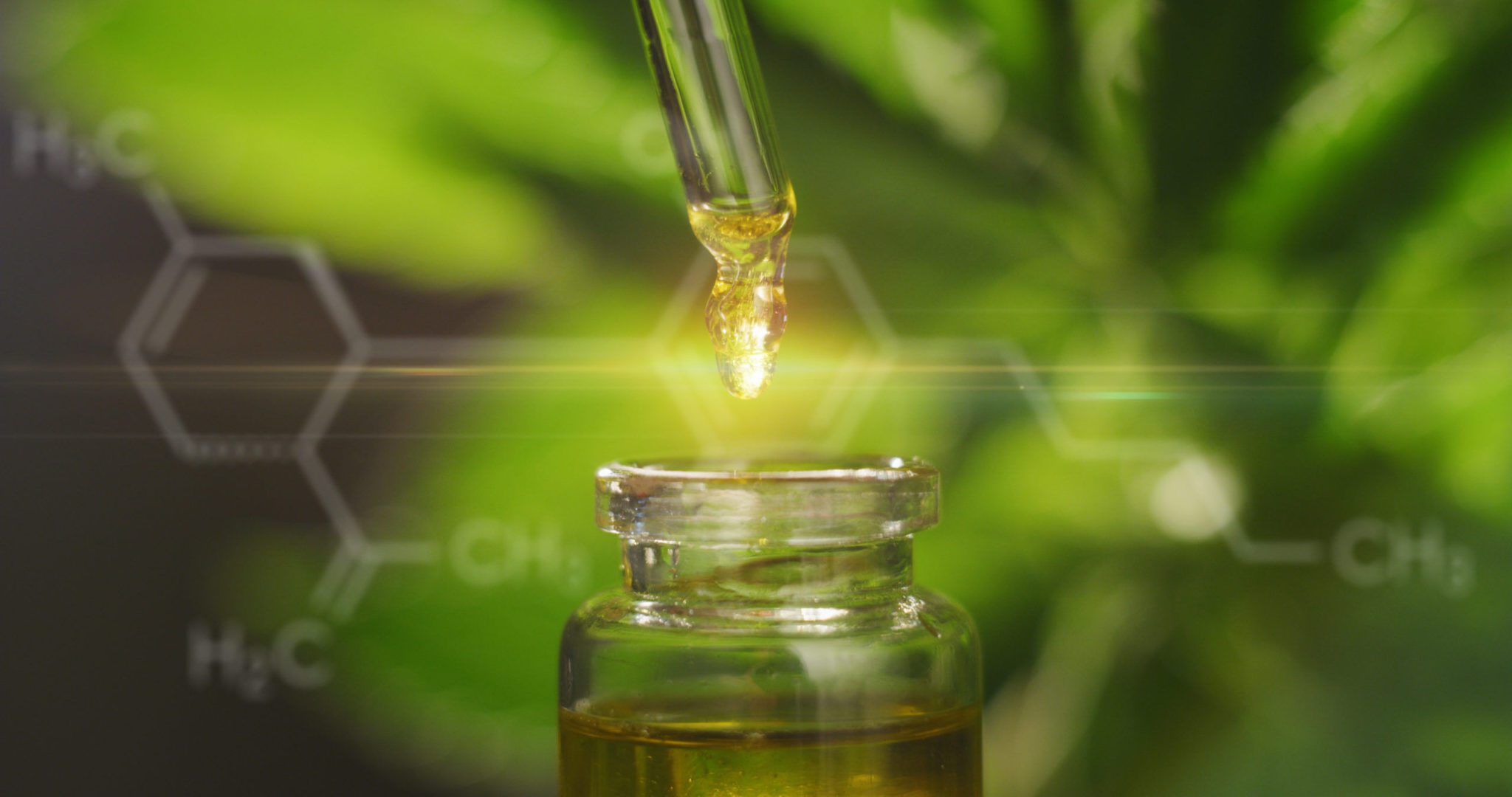 Cannabidiol (CBD) has been around for quite a long time, and now some other players in the cannabis market are emerging: cannabinol (CBN) and cannabigerol (CBG). The cannabis plant contains more than 100 different cannabinoids, and scientists are researching more about each of them to better understand their potential benefits. Each has its purpose in your healthcare and self-care regimen, but before you decide on which product to use, it’s important to take a moment to fully understand how each can potentially benefit you.

We’re going to explore an array of topics so that you can become more familiar with the potential benefits of CBD, CBN, and CBG. Read on to learn more!

If you’re visiting our site, you’ve likely already heard of CBD and how it has shown promise in helping with a number of conditions, including inflammation, acne, anxiety, depression, seizures, and insomnia, to name a few. CBD, or cannabidiol, is a cannabinoid that is isolated and then extracted from the hemp plant, which contains high levels of CBD, but does not have THC.

People have used CBD for hundreds of years, and many prefer it to TCH because it has no psychoactive effects, or “high”. Users can take it throughout the day if needed, without slowing down from sedation or other side effects. While some CBD products do have a very small amount of THC (less than 0.03%), most do not contain any. Even products that have a trace quantity of THC don’t produce mind-altering effects, although you may feel relaxed. If you have a job that requires drug testing, using only the highest-quality CBD products is even more important. Some producers create products that don’t utilize strict third-party lab testing, and these products could contain higher quantities of THC that show up in a drug screening.

One question we get a lot is whether or not CBD is legal. CBD is legal in most states, but before you make a purchase, check on the specific laws in your state to make sure it’s lawful to use, and familiarize yourself with regulations that may be in place. Where some states allow all forms of cannabis for recreational and health use, others only allow it for health-related conditions, and a prescription is required. You may be required to carry documentation with you in some states.

Cannabinol, or CBN, was the first cannabinoid to be identified by scientists, and shares many similarities with CBD: it’s also free of THC, and numerous studies have explored its potential health benefits, which we’ll cover more in depth below. CBN does not have remarkable psychoactive effects—however, CBN is more widely known for having a drowsy effect. Many times, it is combined with CBD and essential oils to create tinctures for sleep and other uses.

Interestingly, CBN is created as a cannabis byproduct. All cannabis products, whether oils, on plants, or in other forms, will eventually oxidize, and this is how CBN is produced. So for example, if you purchase a THC tincture, over time it will age and become CBN.

CBG was first identified in the 1960s, and is emerging as yet another form of cannabis that can be used for its potential therapeutic effects. Studies surrounding cannabigerol have identified promise for possibly helping inflammation, neurological disorders, pain, and skin conditions such as eczema and psoriasis. CBG is found in much lower concentrations in the cannabis plant, making it a bit more expensive and difficult than its counterparts to extract and produce. That said, hemp scientists are working to create hemp plants that are genetically engineered to have higher levels of CBG, leaving less waste and more efficiently grown crops.

How CBD, CBN, and CBG Work in the Body

To better understand which of these three cannabinoid strains could be the most beneficial for you, you should understand how they work in the body. You might have heard of the endocannabinoid system (ECS), but did you know that this system creates its own cannabinoids to achieve homeostasis in the body? Let’s break down how it all works.

Endocannabinoids are a form of neurotransmitters that are produced when the body detects a disruption in homeostasis. They are released in the system and bind to either CB1 or CB2 receptors (more on those below), and perform specific tasks to bring the body back to its normal state. Once this is accomplished, enzymes are produced by the body that break down the endocannabinoids.

How your ECS works with CB1 and CB2 Receptors

Now that you have a basic understanding of what the ECS actually does, let’s look at how these components all work together. Your ECS is tasked with regulating your body and achieving homeostasis, so when an outside stimulus disrupts homeostasis, your ECS activates and signals the brain to start producing endocannabinoids.

How CBD, CBN, and CBG Play a Role in Homeostasis

Phytocannabinoids can act like the natural cannabinoids your body produces. Let’s start with THC, which binds directly to your ECS receptors and creates a “high” feeling. Your body relaxes, your mind is happy, and everything is just…good. Unlike THC, CBD does not bind to these receptors, and instead, influences them indirectly to stimulate the production of cannabinoids. More than that, CBD also stimulates the 5-HTP receptors in your brain to produce serotonin, the “happiness hormone” that regulates your mood and emotions.

CBD and the ECS

CBN and the ECS

Now let’s look at CBN and its role in the ECS. Like CBD, CBN does not bind to your CB1 and CB2 receptors, and it also stimulates the production of cannabinoids in the body. What cannabinol does is activate capsaicin-sensitive sensory nerves to reduce pain, inflammation, and even infections not only throughout the body, but also in damaged and inflamed tissues directly. Evidence also points to CBN producing the same effects in the body as taking a prescription valium. CBN is effective in very small doses, and has been found to be even more effective when combined with smaller amounts of CBD or THC.

CBG and the ECS

CBD has a low affinity for the CB1 and CB2 receptors and influences them directly, but cannabigerol works directly with them. CBG can also act as a buffer in conjunction with THC to reduce the paranoia that sometimes occurs. Additionally, it stimulates the body to produce a hormone called anandamide, which is also known as the “bliss molecule.” Anandamide binds to CB1 and CB2 receptors, and creates a “reward” effect, much like you feel when eating an incredible piece of chocolate. Furthermore, it stimulates endocannabinoids to help with pain, inflammation, and appetite.

When considering potential health benefits of CBD, CBN, and CBG, consideration must be given to the Food & Drug Administration’s stance on cannabinoids. While the FDA has approved two prescription medications that utilize cannabinoids, no other products on the market have yet been given approval. We cannot make claims that CBD cures or treats health conditions, but we can discuss potential health benefits based evidence found in juried studies, and err on the side of sharing information responsibly.

What Are the Health Benefits of CBD?

One of the most commonly cited benefits of CBD is that it may help to reduce pain, inflammation, and neuropathy. Anxiety and depression are two other conditions that have also been extensively studied, and evidence points to CBD having a calming effect. Migraine sufferers may also find benefits to taking CBD, because of its anti-inflammatory, neuroprotective, and calming properties. CBD has been found to suppress appetite and reduce nausea. The FDA recently approved a prescription medication derived from CBD that treats epilepsy and protects the brain against neurodegeneration.

What Are the Health Benefits of CBN?

Research on CBN’s potential health benefits is in its early stages, but one of the most-often cited ailments it might help is insomnia. CBN’s sedative effects can help insomniacs sleep up to six hours longer throughout the night. Additionally, these effects have been linked to reduced anxiety and depression symptoms. Like CBD, CBN shows promise in reducing pain and inflammation, especially in capsaicin-receptive neurons. Some health conditions and medications suppress appetite, and studies have pointed to CBN as an appetite stimulant.

What Are the Health Benefits of CBG?

CBG is found in very small amounts in the hemp plant, making it more difficult to extract and more expensive to produce. More studies are being conducted to provide a wider understanding of its benefits, but what we know now shows promise. Similar to CBD and CBN, CBG has shown potential benefits to helping anxiety and depression, as well as reduced inflammation and pain. An analog of CBG called CBGV, has been found to increase your body’s ability to metabolize CBD, making CBD more potent (our CBG formulas also contain small amounts of CBD). One study also pointed to CBG as an appetite stimulant. More than that, studies have linked CBG as a promising treatment for glaucoma with its properties as a vasodilator. It is neuroprotective, and studies are in progress for its potential benefits of those with neurodegenerative disorders. It has also been linked to killing MRSA, a drug-resistant bacteria, and could help combat the inflammation associated with conditions such as irritable bowel syndrome.

How Do I Choose Between the Three?

This is a great question! A lot of it depends on what your goals are for taking a cannabinoid. For example, if you’re looking for a good night’s sleep, you might consider CBN, which has been linked in numerous studies to its sleep benefits. CBG, on the other hand, has a more energetic effect, and stimulates appetite. Take a look at the infographic below to see a side-by-side comparison of some of the potential benefits.

How Should I Take CBD, CBN, and CBG?

The method in which one consumes CBD, CBN, and CBG matters depending on a number of circumstances. Every person’s body will react differently, so your mileage may vary, of course. Again, taking the time to research the source of a company’s products is crucial. Pay attention to third-party lab results, especially as they pertain to potency, toxins, and level of THC to ensure quality.

How to Take CBD, CBN, and CBG

CBD comes in a number of delivery methods, including oils, edibles, vape cartridges, bath bombs, capsules, creams, and lotions. The American Cancer Association has recommended using a vape cartridge to help nausea and vomiting because the effects occur more quickly than consuming it by mouth. Skin creams, lotions, and topical treatments can deliver CBD’s antibacterial properties right to the source if the intent is to treat dry skin, acne, or other inflammation. Soaking in a warm tub with a bath bomb is a fantastic way to de-stress and enjoy the relaxing effects of CBD.

CBD and CBG are offered in water-soluble and oil-based formulas. The benefit of water-soluble CBG and CBD is that it is more bioavailable than oil, which means a higher and faster absorption rate. Read more about the differences between water-soluble and sublingual CBD formulas here: Water Soluble CBD or Sublingual Oil?

As with any cannabis product, it is recommended that you start with lower doses at first. This can help you determine whether or not the dose is working well for you, and you can slowly titrate up as/if needed. Where less potent formulas of cannabinoids might require an entire dropper for a therapeutic effect, investing in a higher-potency formula could mean using only a few drops at a time. Pay attention to your body and make adjustments as needed.

We hope this article has given you a better understanding of the differences between CBD, CBN, and CBG. While this is by no means comprehensive, it is intended to provide a better overall understanding of the three. At Ripon Naturals, we’re committed to providing the best CBD, CBN, and CBG products possible. Shop our online store to buy CBD and other quality cannabis products!